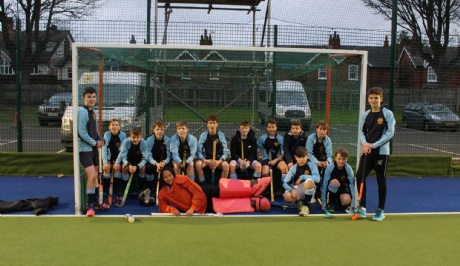 The Under 14 boys, captained by Tom Amess , performed well and worked tirelessly at the Lincolnshire County Tournament.

Whilst Spalding Grammar School has some talented young Hockey players, playing at County, Junior, Club and JRPC, this was the first time they had all played together for some time as a team.

Our thanks to Josh Ripley, who travelled as Umpire and also stepped in for other Schools. Josh commanded the field well, with calm but authorative umpiring.